Water Levels Update
The IJC has released a storymap to document the outflows for the last two months and provide critical updates from this winter. The map locates a number of recent constraints which have occurred since the end of the shipping season. 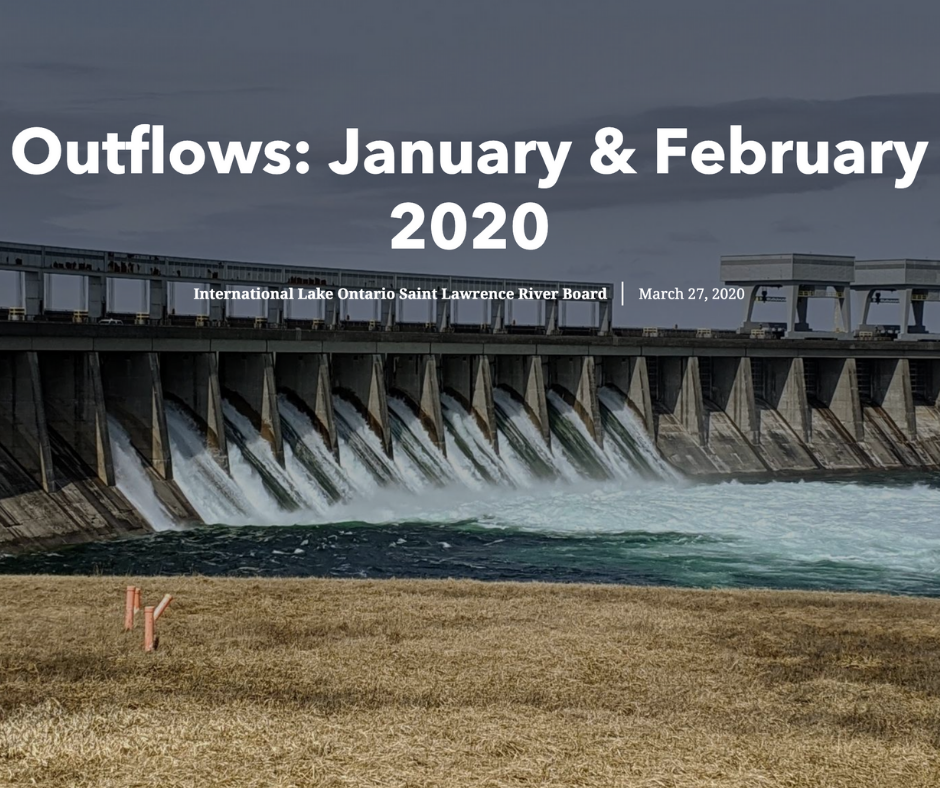 During January and February, the IJC Board made 56 outflow adjustments in order to release as much water as possible from Lake Ontario. As a result, and despite challenging and unusual weather and ice conditions, a monthly average of 9,210 m3/s was released from Lake Ontario for January, and 9,540 m3/s for February, the highest ever recorded for those months (this contributed to a total of 2.56 m (8.4 ft) of water removed from Lake Ontario in this time)
The Board notes that high inflows to Lake Ontario will continue over the coming months, owing largely to high water levels throughout the upper Great Lakes. As such, water levels of Lake Ontario are likely to remain very high for at least the next several weeks, even as the Board attempts to maximize outflows from Lake Ontario.
Register for the IJC’s Latest Water Levels Webinar, Fri, Apr 3, 2020 12:00 PM – 1:30 PM EST