Save The River Advocates for Ban on Exposed Polystyrene Dock Floats

You are here: Home / Latest News / Save The River Advocates for Ban on Exposed Polystyrene Dock Floats

CLAYTON — Some floating docks along the St. Lawrence River could be causing significant environmental damage, and some local businesses are taking steps to minimize their impact.

According to Save The River, the upper St. Lawrence Riverkeeper organization, many floating docks use exposed foam polystyrene, a plastic material that easily crumbles and permeates the environment.

Polystyrene is used for many things. In its solid form it can be used as a plastic in automobiles, boats and other vehicles for which light materials are preferred. In its foamed form, it’s most commonly used to manufacture to-go food containers and packing peanuts that are now banned in New York due to their damaging impact on the environment. 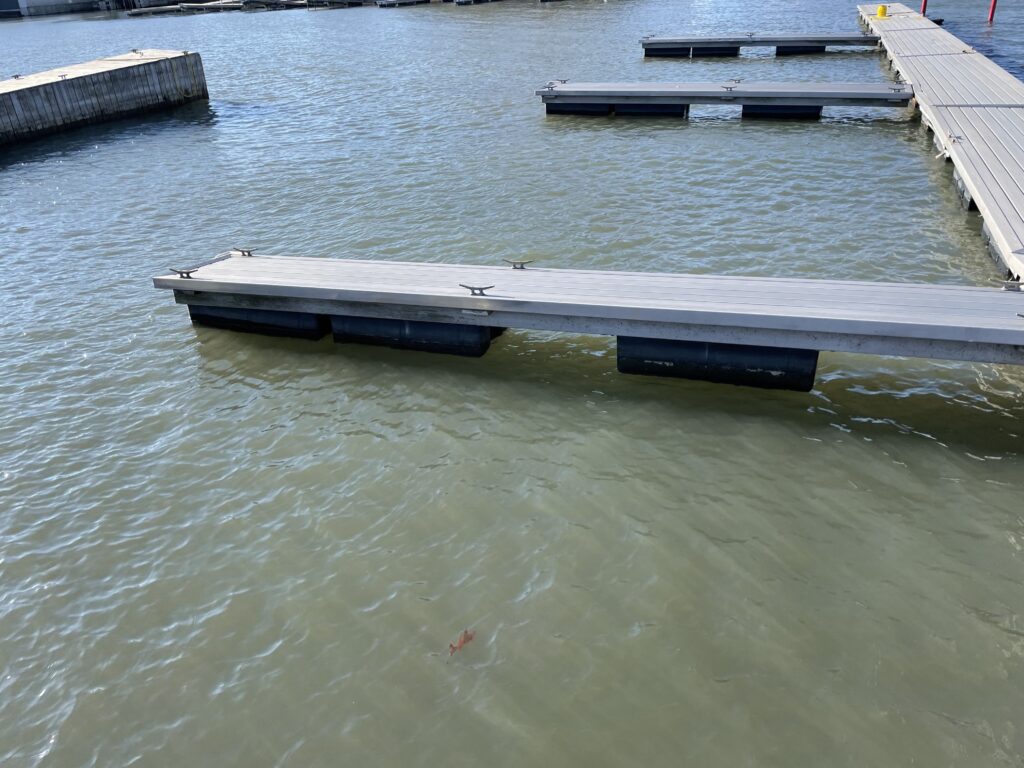 Polystyrene foam can easily fall apart due to weather, ice and animal activity. Pieces from trash or dock floats get out into the water, are weathered to microscopic size, and are absorbed or ingested by plants and animals.

One local business, Northern Marine on Stern Drive in the village of Clayton, has begun to replace its aging floating docks — which use exposed polystyrene floats — with modern, encapsulated floats.

In a press release from Save the River, former Northern Marine owner Rick Gregware, who continues to run the company with his son Andy, said he was happy to make the adjustment.

“People come to the river because of its beauty, fish and wildlife,” he said. “We want to do everything in our power to preserve it for our children and grandchildren.”

The new Northern Marine docks will still employ polystyrene to float, but the aerated plastic foam will be surrounded, or encapsulated, by a barrier that cannot easily be broken.

John M. Peach, executive director of Save the River, said local dockbuilders have agreed that floating docks should now use metal and thick-walled PVC plastic piping as their floats, or encapsulate any polystyrene in a thick covering that cannot be ripped by animals or ice.

Mr. Peach said exposed polystyrene docks rose to popularity in the early 1990s, but issues quickly arose for those who had them. Some people tried to do after-market encapsulations, with limited success. 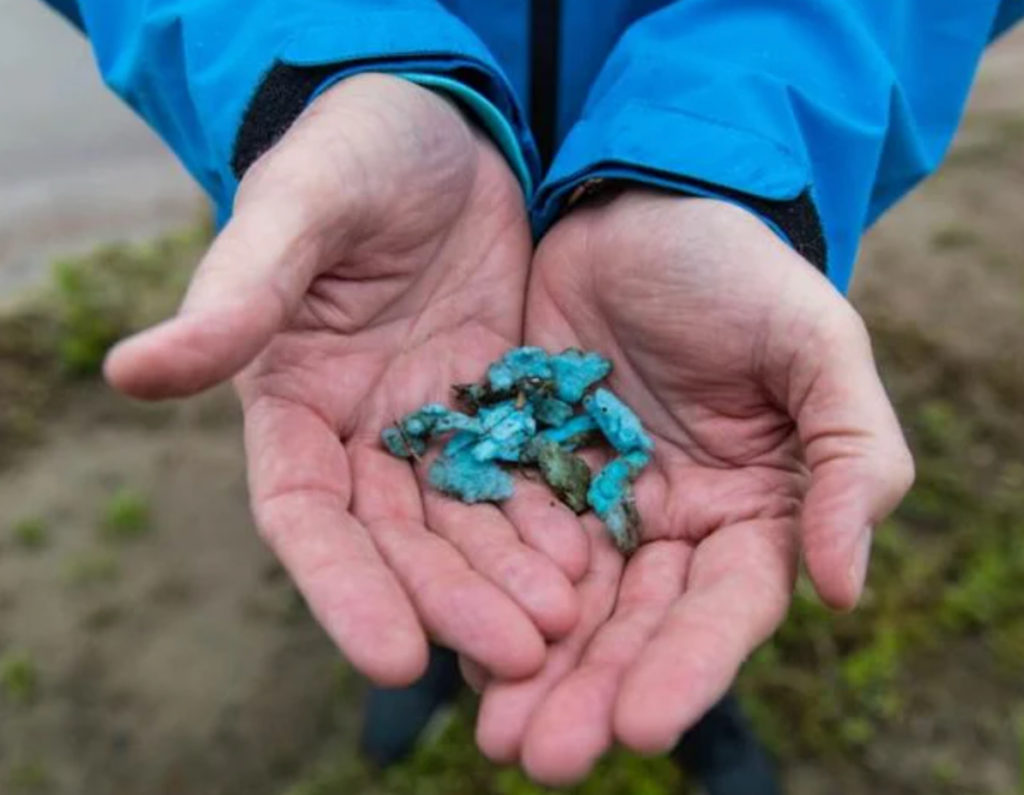 He said the polystyrene, which is typically blue for this application, breaks into finger-sized pieces and floats down the river. Waves and wind break the soft material down even more, so it ends up in microscopic pieces that are unavoidable for any living organism in or around the river.

Mr. Peach said research conducted in Europe about two years ago showed that polystyrene pieces were also present in samples from eight locations around that continent.

“The very small particles don’t just get into the birds and fish and reptiles,” he said. “It’s also getting into humans.”

Mr. Peach said the issue stretches across the state, wherever floating docks have been installed. The older the dock, the more likely it is to use uncovered polystyrene to float. 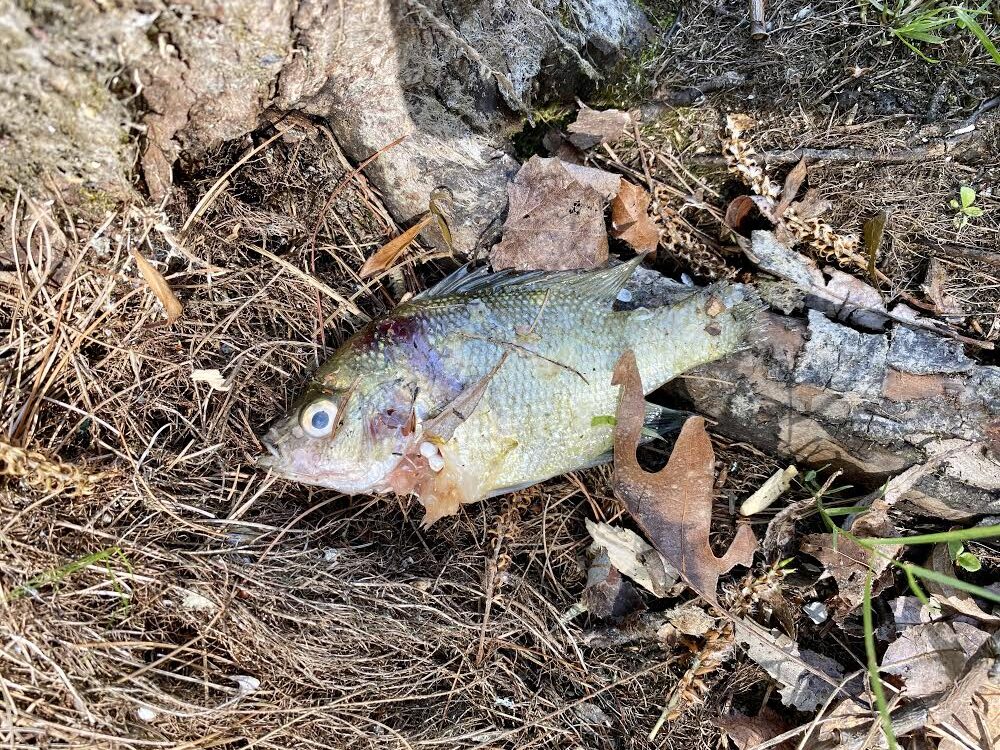 Mr. Peach said the best way to prevent this issue is to ban new construction of exposed polystyrene floating docks. The Save the River Sustainability Committee is beginning to start a campaign to push for such a ban.

Environmental groups have long advocated for reductions in the use of foamed polystyrene, and in New York the material is now banned in almost every practical application it has. Floating docks remain one of the few ways new polystyrene can be introduced to the environment in the state.