Channel 7 News of Watertown broke the following announcement about water levels from the IJC yesterday
afternoon,” The International Joint Commission (IJC) announced today that it  supports the strategy  of its  International Lake Ontario-St. Lawrence River Board  (Board) to set maximum Lake Ontario outflows until March 31, before the start of the navigation season on April 1. 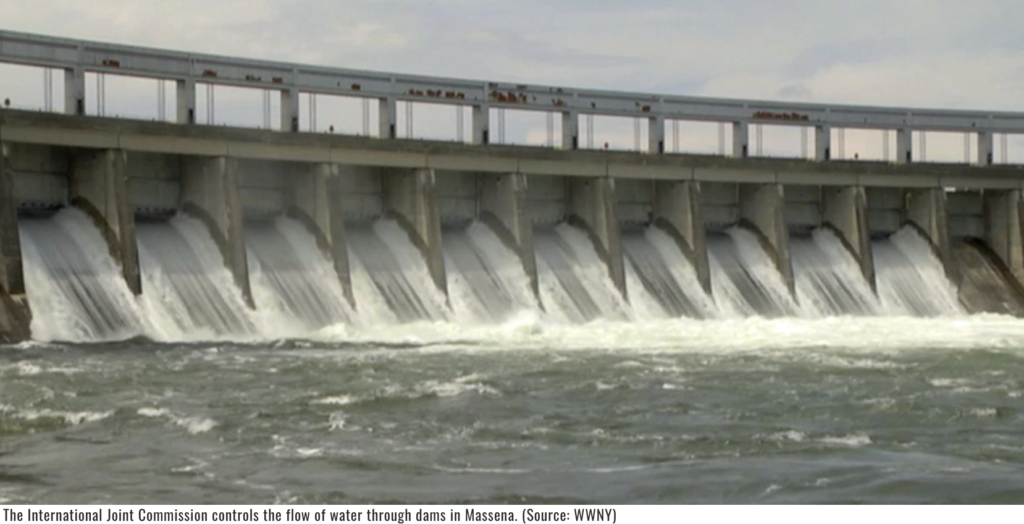 If, at the end of March, Lake Ontario water levels and inflows to the lake indicate the need for extraordinary action, and if conditions in the St. Lawrence River provide an opportunity for increased outflows, the IJC has directed the Board to maximize outflows from Lake Ontario over the period April 1 to April 15. Under such conditions, all interested parties would be provided with advance notice of any outflow increases that might create unsafe conditions for commercial navigation.
The IJC notes that it is working with the governments of Canada and the United States and all interests, including the Seaway, with the intent of releasing as much water as possible from Lake Ontario as conditions allow. IJC Commissioners commend the Seaway corporations for the collaborative efforts that resulted in the maximum outflow strategy through March 31.
The IJC recognizes that the potential Lake Ontario outflow strategy for April 1 to April 15 is designed as a response to unforeseen and exceptional conditions on Lake Ontario that would require extraordinary action. Implementation of the strategy could be affected by such factors as unfavorable ice conditions in the St. Lawrence River or downstream flooding.
The probability that the Board would have to resort to such action is currently relatively low but will be better known closer to the end of March”
The full channel 7 article can be viewed by clicking here-
Push to get water out of Lake Ontario may extend into April