You are here: Home / Latest News / Save The River’s Opposition to the proposed US Customs and BP Facility 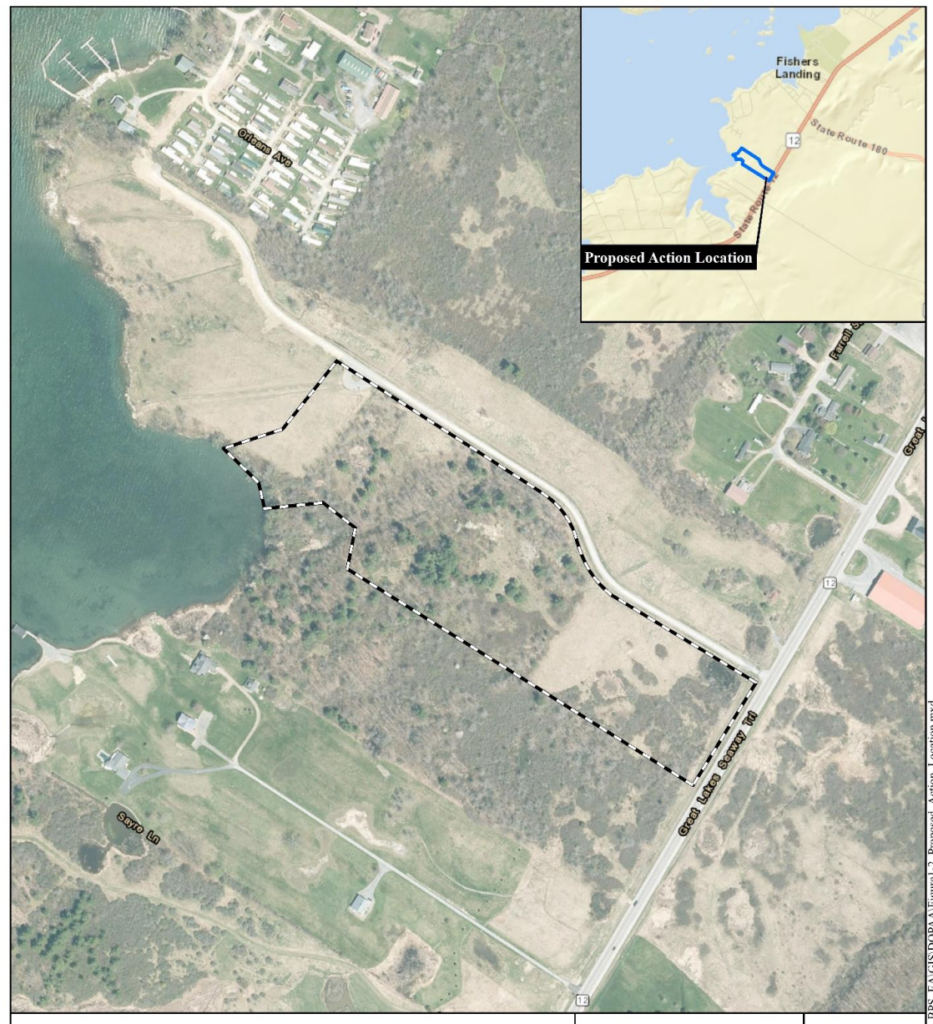 From the letter: “Blind Bay has open and protected wetland areas. It has served as a long- term aquatic habitat research site monitored by the Thousand Islands Biological Station (TIBS). Blind Bay has been one of the most prolific muskellunge spawning areas in the region and has been monitored since 1990. St. Lawrence River muskellunge have experienced a significant and recent decline due to losses associated with viral hemorrhagic septicemia (VHS). Maintenance of high quality spawning and nursery habitat is critical to ensuring population recovery and sustainability. Other important fish species at the site are small and largemouth bass, northern pike, yellow perch, black crappie, bluegill, pumpkinseed, and bullhead; 53 fish species have been recorded at this location. In 2021, seining conducted by TIBS captured young-of-year muskellunge, northern pike, large and smallmouth bass as well as NYS endangered pugnose shiner. Other NYS Species of Concern and Species of Conservation Need in the Blind Bay record include: American eel; blackchin, blacknose, and bridle shiner; Eastern musk turtle; and map turtle.”
Click here to view the draft environmental assessment for this project.

Your Voice Is Needed!

We encourage you to contact U.S. Customs and Border Protections to share your objection to this proposed facility. See below for a sample script. All public comments must be sent by March 10, 2022. All letters can be emailed to BPAMNEPA@cbp.dhs.gov

Sample Script for Contacting U.S. Customs and Border Protections on  their proposed facility in the Blind Bay

Dear Mr. Petrilla,
I am writing to share my objection to the application to build the US Customs and Border Protection Facility in the Blind Bay area at Fisher’s Landing, Town of Orleans, NY.
Please review this letter sent by Save The River/Upper St. Lawrence Riverkeeper.
I respectfully urge you to protect our fisheries and environment by not building this facility in Blind Bay as is it a key spawning area for muskellunge and many other fish species in the St. Lawrence River.
Sincerely,
(Your Name)
Member of Save The River