Originally published by NCPR on August 20, 2021.
By Rhiannon Clements

Walking along the shoreline of the St. Lawrence River Thousand Islands, the beaches may seem scenic and pristine. However, upon closer inspection, a barely noticeable form of pollution is encroaching on the natural ecosystem.

Small blue and white styrofoam particles are collecting along the sand, getting entangled in plant life and being ingested by fish and animals. 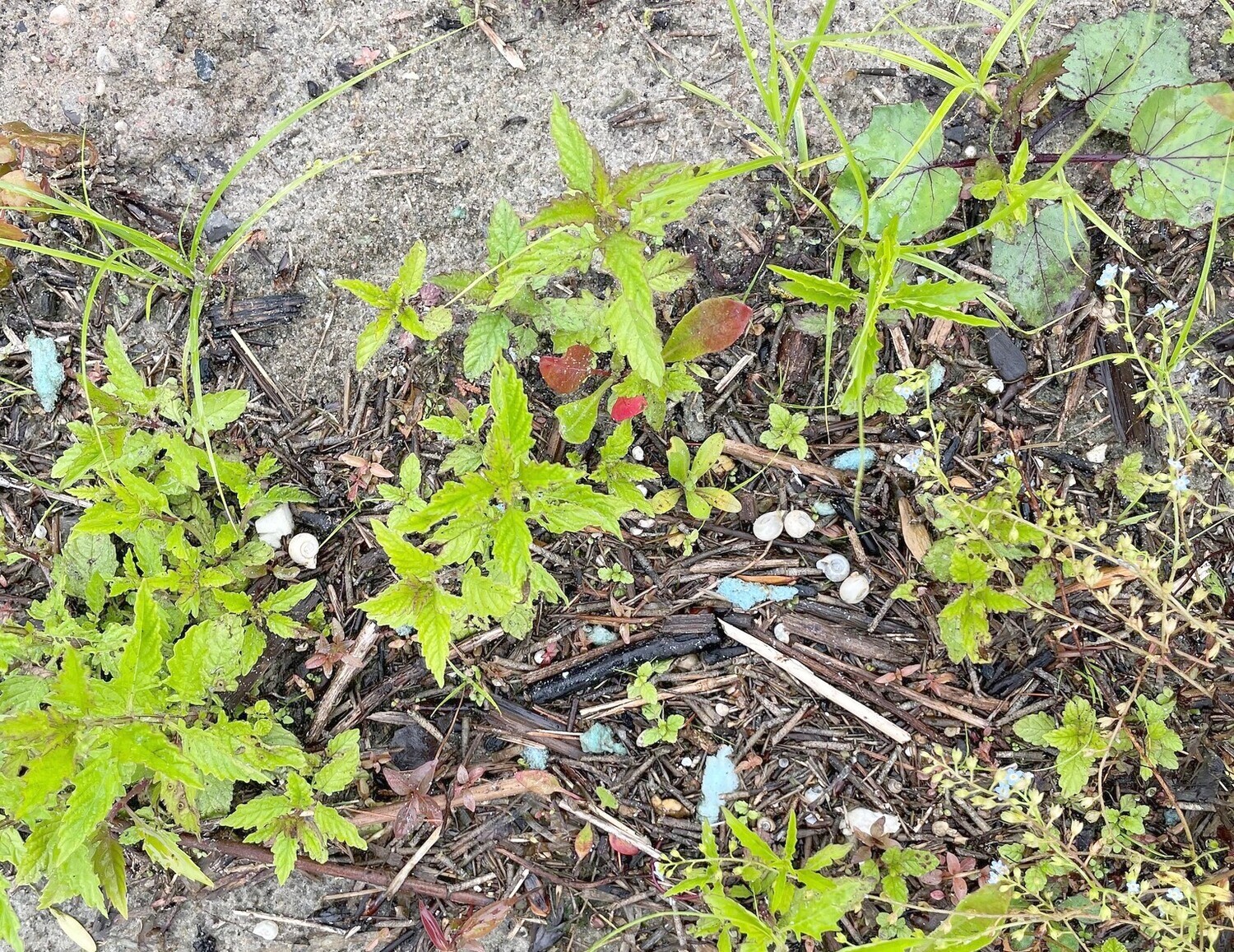 Studies have found evidence that polystyrene nanoparticles – the synthetic material that styrofoam is made from – can accumulate in the human bloodstream and affect the blood’s clotting ability.

John Peach, the executive director of the environmental advocacy group Save The River has noticed these particles for years.

“It really became pretty startling as we were working to pick up trash and plastic, that we’re seeing a real accumulation of small pellets and smaller particles of the blue and white styrofoam, which is coming primarily out of the floating docks that float all along the rivers and all along the lakes,” he said. 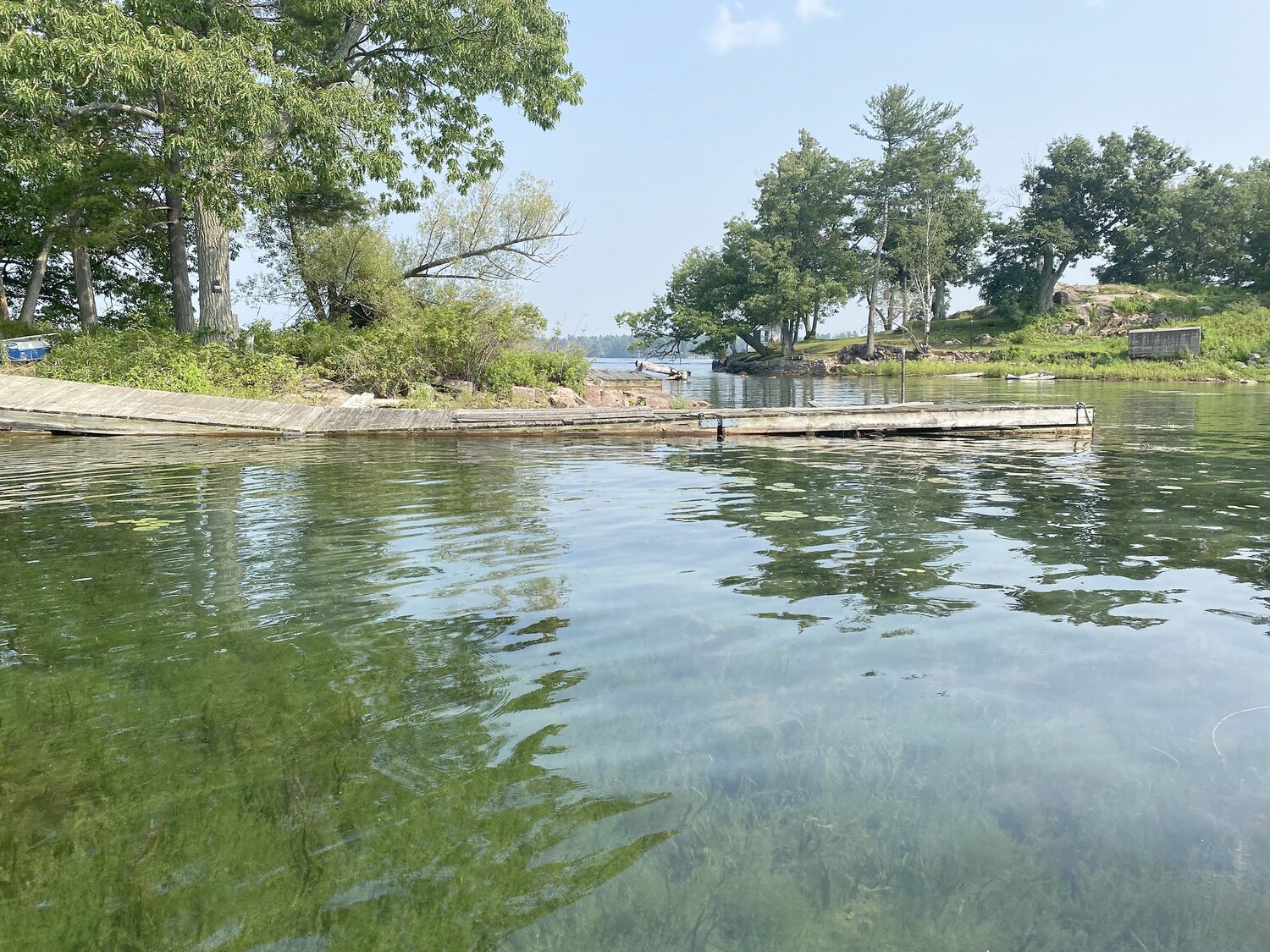 Dock made with Styrofoam floats. Photo: Save The River.

Peach says that styrofoam billets underneath docks along the river help keep them afloat. However, as time passes, these styrofoam sheets break down or are dug out by wildlife, releasing particles and pellets into the river.

“It’s a very real problem because as the larger blocks of styrofoam – and all the plastics, but specifically the styrofoam – break down into smaller particles, they get down to the size where birds, fish, mammals, they look at it as a food source. They confuse it with little plankton, minnows, insects, and they eat it.”

Once the fish or the birds eat the styrofoam, the particles can cause intestinal blockages and may ultimately lead to death, says Peach. “It’s affecting and killing fish, birds. It’s getting into our water systems, getting into our bloodstream. It’s a very serious problem,” Peach said. 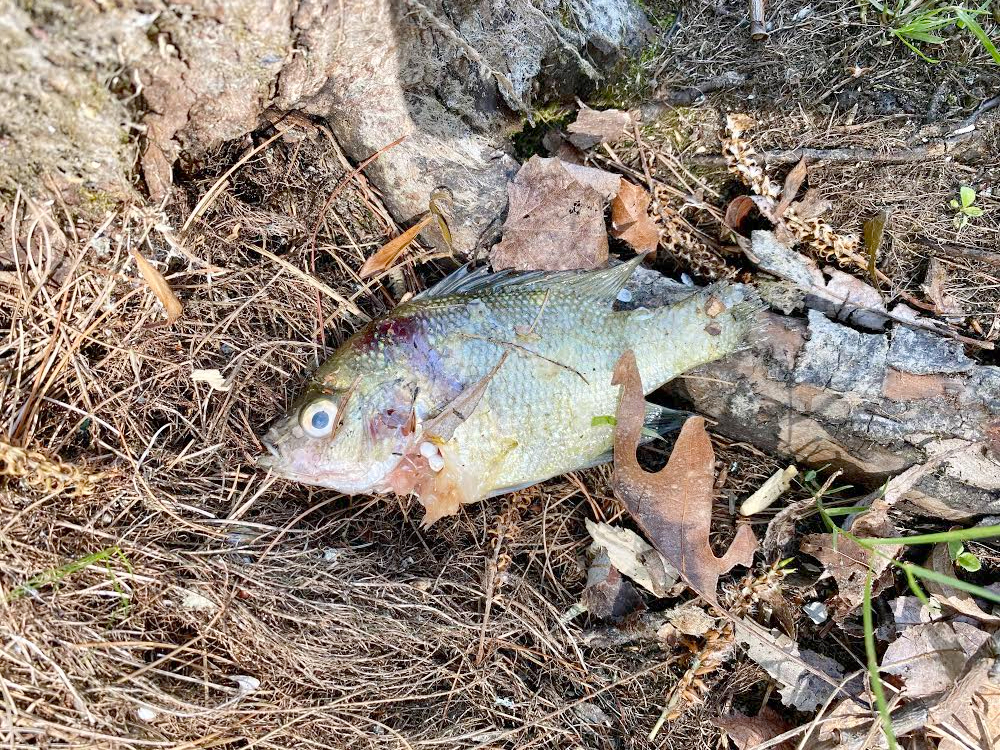 Dead fish with Styrofoam in gills. Photo: Save The River.

Janet Smith-Staples is a regular volunteer for Save The River’s Trash Free River cleanup program and serves on the Thousand Islands Association as a board member. She has noticed an increase in styrofoam pellets over the past couple of years. She says cleaning up these pellets is “really arduous and time-consuming. ”

The last time Smith-Staples volunteered to clean up at Wellesley Island, the volunteers “spent hours hunched over in one small area and just kept picking through and picking up these little pieces of styrofoam.”

“It’s kind of disheartening; it breaks down completely,” Smith-Staples said. “It gets even smaller and looks like little bits of sand.”

The accumulation of styrofoam is not unique to the Thousand Islands. “I know it’s a problem in the Great Lakes and in the St. Lawrence River,” said Peach. “I would be willing to bet it’s a problem in Canada. It’s probably a problem around the Adirondacks or anywhere where we got the combination of floating docks – which are everywhere – and muskrat, minx.” 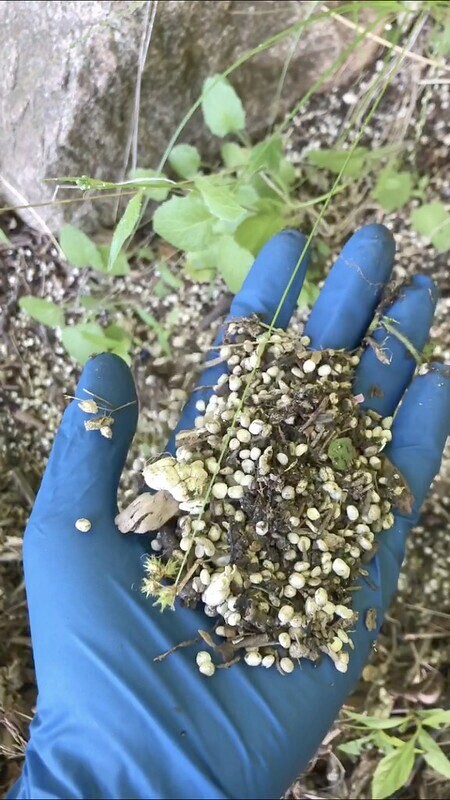 Styrofoam from floating docks is disturbing the St. Lawrence River ecosystem. Photo: Save The River

Peach says that there’s no easy solution to this trash trouble. “As we’re seeing this more, and as we’re learning about it more, we know that it’s getting out to the high-water mark.” which becomes exposed later in the summer.

Peach explains one possible technique entails waiting until the river reaches its highest level to do industrial vacuuming or dredging to clean up the styrofoam.

“And to me, that’s remediation. I don’t know what the answer is. I’m talking to people, I’m trying to learn. I know that’s a big project. But the first thing we can do is go in and stop using this product and these floating docks.”

There are environmentally-friendly alternatives to the styrofoam billets. Peach says that there are steel floats that can support floating docks, as well as virgin PVC pipes that “act as good flows.”

Peach says Save The River is reaching out to the community to educate people on the problem, and advocating for state legislation that restricts the use of styrofoam billets, because “there’s no need” for the Styrofoam now, he says.

“We’re trying to get it a very wide coverage to make people aware of it because from my experiences, most of the people living along the river – and frankly, in the lakeshore – they are concerned about the environment. And I think if they start to see this and they walk out to their dock, they can go, ‘maybe I’m contributing to this, maybe I should do something.’ And the solutions are available.”