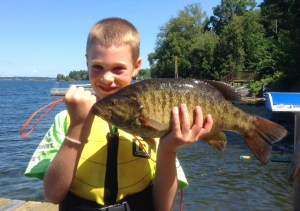 Last Wednesday, after a tremendous outpouring of opposition led by Save The River members and many others across the Great Lakes / St. Lawrence region, the U.S. Senate narrowly defeated the Coast Guard Authorization Act of 2017 (S.1129). This bill contained a harmful provision, the Vessel Incidental Discharge Act (VIDA), that would have weakened rules protecting clean water and shift the oversight of ballast water discharge from the Environmental Protection Agency (EPA) to the U.S. Coast Guard.

If S.1129 with the VIDA amendment had passed, the health of the St. Lawrence River and Great Lakes would have been put in serious jeopardy with the threat of new aquatic invasive species introduced via ballast water discharges. Learn more here.

Your calls and emails were enormously important in defeating this harmful legislation. Thank you!

Join us in thanking the Great Lakes region Senators who voted to block this bill from going forward; call the Capitol switchboard (202) 224-3121 or send a message of thanks via social media (sample message below):

Thank you [insert your Senator(s)] for voting to protect our #StLawrenceRiver, #GreatLakes & #CleanWater by opposing VIDA! This bad bill would have weakened #invasivespecies protections. @SaveTheRiver member.

Illinois – @SenatorDurbin (Sen. Duckworth did not vote either way)

Since the opening of the St. Lawrence Seaway in 1959, ocean-going freighters carrying contaminated ballast water have introduced 100+ aquatic invasive species to the St. Lawrence River and Great Lakes. Invasive species like zebra and quagga mussels, round gobies, and the fish-killing VHS virus have caused irreparable environmental and economic damage to the River and the entire Great Lakes regions.