Over 130 members of the River community came together at the 1000 Islands Harbor Hotel on Saturday, February 2, 2019, for Save The River’s 30th annual Winter Environmental Conference. Conference attendees had the opportunity to hear from and engage with a diverse group of speakers discussing a variety of topics related to the environmental health of the St. Lawrence River.

Peter Annin, author, and director of the Mary Griggs Burke Center for Freshwater Innovation at Northland College, kicked off the conference with an in-depth look at the long history of political maneuvers and water diversions that have proposed sending the resource of Great Lakes freshwater everywhere from Akron to Arizona. Annin discussed the history of the Great Lakes Compact, the legal document that went into effect in 2008, and explored several diversions that already exist and potential future diversions including the controversial Foxconn project that continues to make international headlines. At the lunch hour, Annin hosted an author meet and greet, providing attendees with the opportunity to purchase a signed copy of his recently revised and re-released book, The Great Lakes Water Wars.

Evie Brahmstedt, an Environmental Science and Engineering Ph.D. student at Clarkson University’s Institute for a Sustainable Environment, presented the findings of her ongoing research of mercury in St. Lawrence River wetlands. Working in Dr. Michael Twiss’ Limnology lab, Brahmstedt is studying the amount of mercury present in St. Lawrence River wetlands, where it is going, in what form, and how quickly; as her research continues, Brahmstedt will keep Save The River updated on her findings.

Elaine Tack, a film producer and director and Save The River volunteer, was unable to make the trip to Clayton due to the winter storm but used her filmmaking skills to record and submit her presentation electronically. Tack introduced how she approaches the task of creating a documentary film, allowing the story to reveal itself in the process, and how serendipitous moments sometimes lead to key elements like the film’s title. Following Tack’s introduction video, the audience enjoyed the North Country premiere of “It’s Hard to be a Tern,” her short documentary following the work of Save The River, under the guidance of Dr. Lee Harper, to restore the population of common terns on the St. Lawrence River.

Following the lunch break, Rick Gregware, Save The River Board Director, presented the Friend of the River Award™ posthumously honoring Kenneth Deedy for his longtime contributions to protect the St. Lawrence River. Deedy served on Save The River’s Board of Directors from the mid-1980s to 1990s at a pivotal time in the organization’s history. Shortly before Deedy’s passing in August 2018, one of his final acts of generosity was creating the “Kenneth Deedy Environmental Internship Fund” to benefit the work of Save The River, Thousand Islands Land Trust, and Minna Anthony Common Nature Center and ensuring that these organizations will continue to work together for the common good of the River.

Dr. John Casselman, an adjunct professor in the Biology Department at Queen’s University in Kingston, Ontario, provided a fascinating exploration of the elusive American eel, a species of great historical importance to the region that has faced a catastrophic decline in population. Once representing one half of the inshore fish biomass of the St. Lawrence River system, the American eel is now classified as an Endangered by Ontario and the International Union for Conservation of Nature.

Chad Lord, policy director for the Healing Our Waters-Great Lake Coalition, discussed one of the greatest threats to the health of the Great Lakes, Asian carp. Lord provided a historical exploration of why Asian carp were brought to the United States, how they escaped to open water systems, and the characteristics of the four Asian carp species. Lord discussed the components of the U.S. Army Corps of Engineers’ (USACE) proposed plan to block Asian carp at the Brandon Road Lock and Dam on the Des Plaines River southwest of Chicago, Illinois. The USACE plan is currently open to public comment and Save The River encouraged audience members to sign petitions at their tables in support of the plan.

Despite the sobering findings that she discussed, Dr. Sherri “Sam” Mason, Ph.D., Sustainability Coordinator at Penn State Behrend, brought great energy to her afternoon presentation “The Perils of Plastics.” Mason discussed some of her recent studies that showed the presence of micro and nano-plastics in beer, tap water, and bottled water and discussed the emerging studies of microplastic that is shed from fabrics. Previous research by Dr. Mason led to the federal ban of microbeads in consumer goods like toothpaste and face wash. Mason concluded her presentation with a rallying cry that when it comes to plastic in our environment, “Although we are the problem…that also means, we are the solution.”

The day concluded with an overview of two new sustainability initiatives gaining momentum in River communities. Robin Lucas, Save The River Board Director, discussed the goals of Save The River’s Replace Single-Use Plastics program, including educating community members and businesses about the harm caused by single-use plastic items like bags, utensils, straws, and take out containers while seeking environmentally-friendly, affordable, reusable alternatives. Liz Price-Kellogg and Monica Behan introduced All In the Same Boat, a new sustainability movement that encourages conversation and education to transform our communities. Following the conference, All In the Same Boat hosted a free community event at the Clayton Opera House where attendees screened a short film and brought their own cup in order to enjoy complimentary beverages.

“Preparations for the winter conference begin in July and August, so for months, we have been excited to bring these speakers to the River to share their vast knowledge. Throughout the day we heard positive feedback about the quality of the outstanding speakers and their presentations,” said John Peach, Upper St. Lawrence Riverkeeper and Save The River executive director. “We’re proud to put together this important event and showcase an array of River-related topics from protecting our freshwater resource, to studying contaminants like mercury and plastics in our water, to the status of endangered and threatened species, and what we can do about the of invasive species.”

For the first time, Save The River was able to offer a live stream feed of the entire conference. Working with Steve Weed Productions, the speakers were able to reach an even wider audience with one person tuning in all the way from the Dominican Republic. The video of the conference will be made available to all, both in its entirety and broken down into separate clips of each speaker; links will be shared on Save The River’s social media pages, website, and through their eNewsletter.

Next year’s Winter Environmental Conference will be held on February 1, 2020. 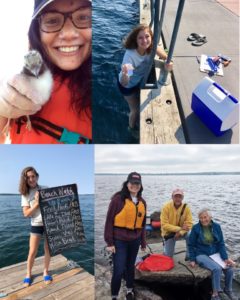 Save The River is now accepting applications for two seasonal (mid-May through Labor Day) paid internship positions. Save The River interns have the opportunity to work closely with staff and volunteers while gaining invaluable experience at the region’s leading environmental advocacy nonprofit organization.

Save The River interns manage a diverse workload with primary responsibilities that include working in the storefront managing merchandise sales and encouraging visitors to become members, promoting public education, representing Save The River at community events including bass fishing tournaments, and implementing fieldwork projects including Beach Watch, Common Tern Monitoring, Shoreline Cleanups, and Catch and Release programs.

Ideal candidates will be enrolled in a graduate or undergraduate environmental or related program, have familiarity with the St. Lawrence River and community, and flexibility to work weekends and some nights.

To apply: send resume, cover letter, and contact information for at least one professional and one personal reference to Save The River, 409 Riverside Drive, Clayton, New York 13624, or email full application package to info@savetheriver.org. In order to expedite the internal sorting and reviewing process, please write your name (Last, First) and Summer Internship as the subject line of your email. 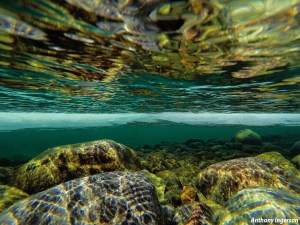 We are now accepting submissions of St. Lawrence River photos for our annual calendar photo contest. All photos will be considered, including film prints and digital images, and pictures from all seasons on the River are encouraged. Over 90 images will be included in the calendar.

Photographers whose submissions are chosen as one of the 14 featured images (cover and 13 months) will receive a complimentary 2019-2020 calendar. Calendars will be available for sale in May 2019 with all proceeds directly supporting Save The River’s river protection programs.

Caption: The cover image of the 2018-2019 Save The River calendar was a unique submerged shot of the River bottom, taken by Anthony Ingerson. 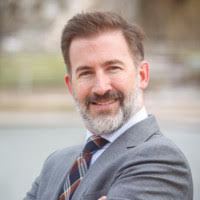 Asian carp are one of the biggest threats facing the Great Lakes today. The damage caused by this invasive fish could devastate the world’s largest surface freshwater resource. At tomorrow’s 30th Annual Winter Environmental Conference Chad Lord will look at this threat, examine what has already been done to keep these fish out and provide insights into where the region can go to keep Asian carp out of the Great Lakes.

Chad Lord serves as the Policy Director for the Healing Our Waters-Great Lakes Coalition, where he develops and guides the implementation of the Coalition’s legislative and policy agenda in Washington, D.C. Before joining the HOW Coalition, Chad served for five years as senior legislative assistant for U.S. Representative Betty McCollum (D-MN). Chad’s portfolio included energy, environment, transportation, international trade and budget and appropriations. Chad lives with his husband and 5-year old daughter in Washington, D.C. Chad was raised in southwest Minnesota and lived in there before moving to the District of Columbia. He attended St. Olaf College where he majored in political science and received his Bachelor of Arts in 1995.

Other speakers at the Conference will include:

New this year: for those unable to make the trip to Clayton, we will be hosting a professional live stream of the WEC. In order to support this exciting new offering, there is a suggested donation of $25. The hyperlink for the live stream will be shared later today.