In Elaine Tack’s words, it’s hard to be a tern. The twenty second season of monitoring and restoring common tern nesting sites was a tough one.

Common Terns are the most abundant tern in New York State, but are listed as a threatened species due to dramatic population declines over the last 50 years. In the last half-century, the terns dropped from 20,000 nesting pairs to less than 1,100 pairs. This decrease can be attributed to human disturbance, loss of nesting sites, competition with ring-billed gulls, predation, and flooding.

The Common Tern Program, established in 1990, aims to improve common tern nesting sites and attract common terns to natural shoals, constructed platforms, and navigational cells. Save the River joined the program in 1999, partnering with Riveredge Environmental Inc., the Thousand Islands Land Trust, and the St. Lawrence Seaway Development Authority. Our network of volunteers and staff monitor six tern nesting sites on the St. Lawrence River; four seaway navigation cells and two natural shoals. Monitoring begins in May and ends in July or August.

This year, we had a great start. All six colonies had common tern adults, and scrapes and nests developed on schedule. Gull exclusion grids were installed on the shoals early in the season.

The first struggles came from the navigation cells near Clayton. Predators (likely owls, who leave behind the wings of their prey) struck early, and the remaining terns abandoned the colony. The colony on Tidd shoal grew in size around the same time, so some of the birds appear to have relocated close by. The second navigation cell dwindled until only four adults remained; it’s not clear why.

Ring-billed gulls, clever fliers, evaded the exclusion grid on Eagle Wings shoal and took over, quickly dispersing any terns and pecking holes in the eggs. (Dr. Harper’s team came up to investigate later in the season, we have hopefully reclaimed the shoal for the terns in 2022). 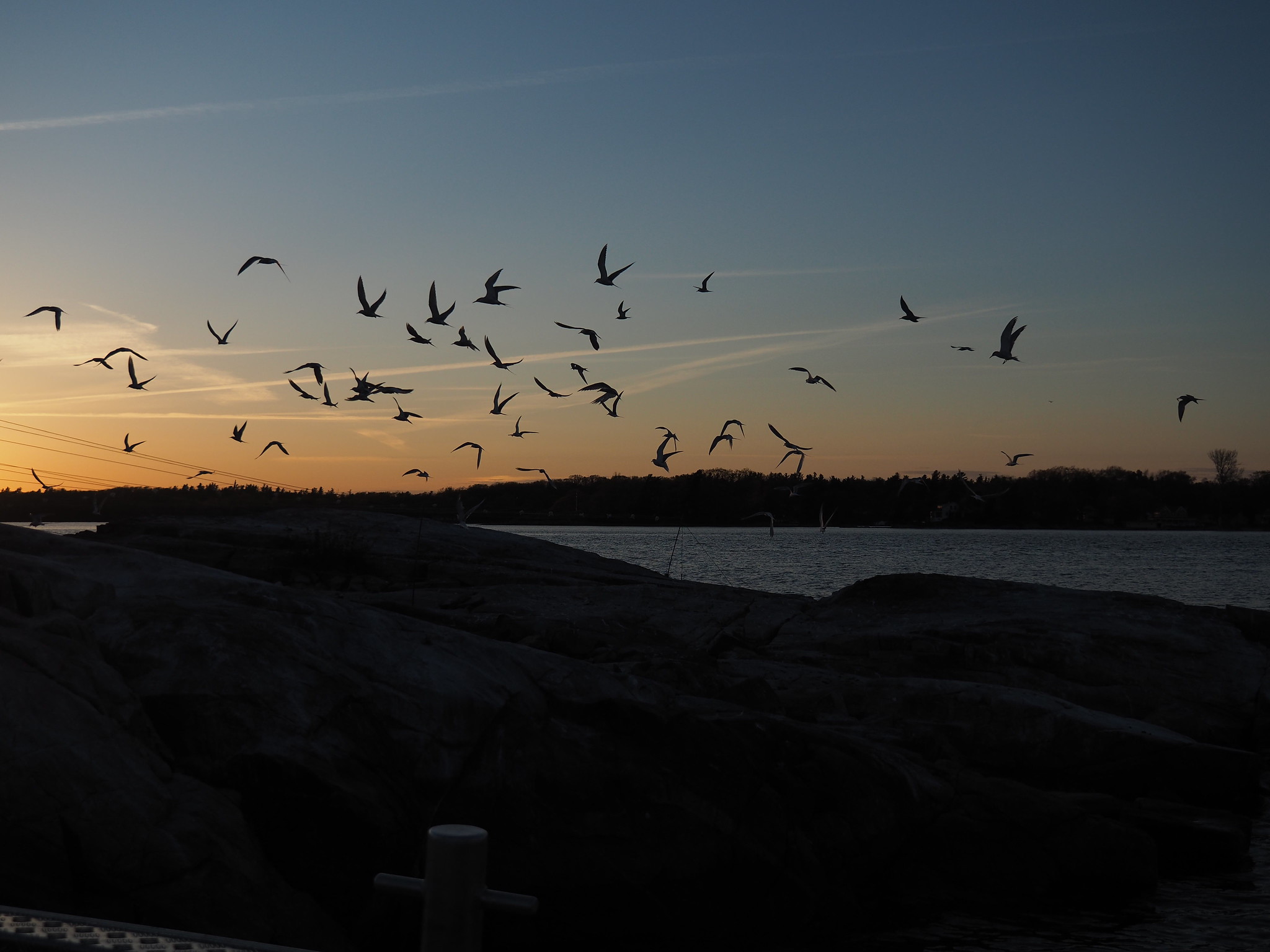 Tidd looked strong through the summer, with over 70 adults! But July was a difficult month for the young terns. It’s unclear how many chicks survived, and we were not able to band any from any of these sites.

Thankfully, the navigation cells near Chippewa continue to succeed. Jim McGarry and Lyn Pohl guard their territory fiercely, and the data show it! 400 chicks received bands before they left to winter on Central and South American shores.

Jim’s nesting shelter design has been accepted by Cornell Lab of Ornithology! You can learn more about it and see the design HERE. 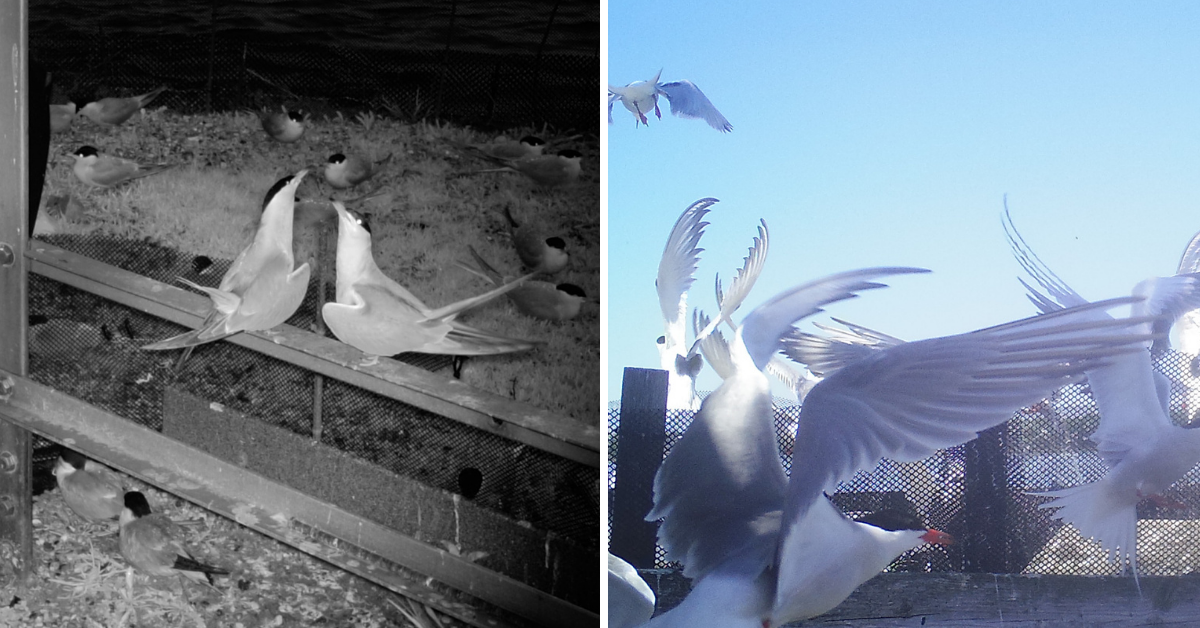 We are hopeful for the new generation, and optimistic for a stronger season next year. Over the winter we’ll be researching how to better defend the colonies against owls!