You are here: Home / TEST Call to Action Page

On Tuesday, February 18th we sent this letter to New York State Senate Majority Leader Stewart-Cousins and House Speaker Heastie seeking their support for the ban on styrofoam in the 2020-21 NYS Budget

From the letter: “We strongly support Governor Cuomo’s proposed ban of EPS foam disposable food service containers for prepared food or beverages and loose-fill packaging in his Executive Budget, and implores you to include this ban in your respective one-house budget proposals. 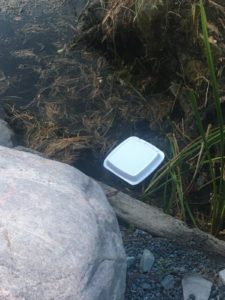 EPS foam, commonly referred to as “Styrofoam™”, poses a significant risk to the health of our environment. Polystyrene containers and loose-fill packaging are only used for a short time, but can remain in our environment for generations—littering open spaces, polluting waterways, and harming wildlife. In 2018, Riverkeeper conducted a shoreline cleanup of the Hudson River, its tributaries, and the New York City waterfront and found that foam pollution was the second most prevalent type of trash collected. Additionally, during their 2018 International Coastal Cleanup, the Ocean Conservancy collected over 2.3 million pieces of foam (over 580,570 foam take-out containers).”
We encourage you to contact our New York state and federal representatives to request their support of this proposal.